← back to
Seeing Red Records
Get fresh music recommendations delivered to your inbox every Friday.

by Soul of Anubis 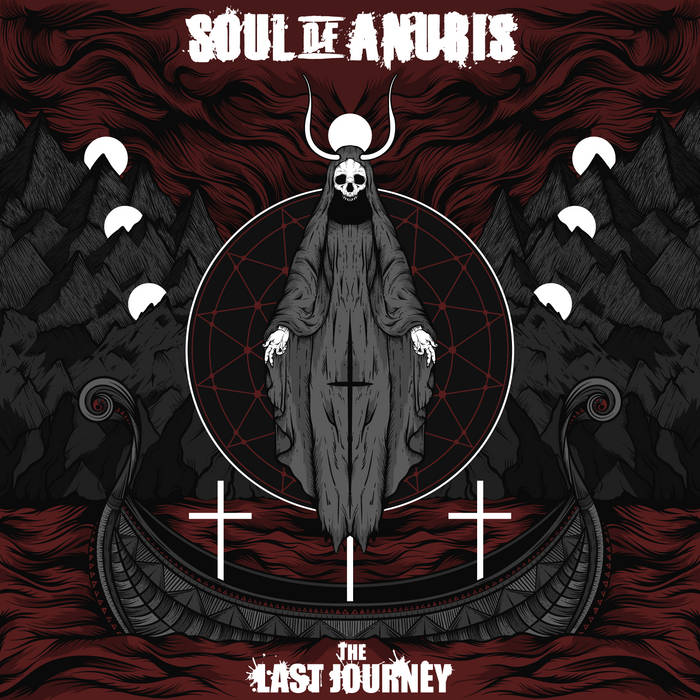 Grievous Swoons Holy shit about sums it up

"There are few vocalists who can belt it out like Guitarist Hugo Ferrao, let me tell you. He is absolutely ferocious, like the savage leader of a charging horde. His riffs ain’t too shabby, either. The rhythm section is really something to hear, as well. Rui Silva (drums) and Speeds Almeida (bass) do a bang-up job of it.
This is hard-driving, adrenaline-soaked doom metal that fans of High on Fire, Black Cobra, and the late, great Horn of the Rhino will relish. The album was recorded with brilliant presence and not a hint of distortion (other than the kind we like, am I right, EHG fans?) "
- Doomed and Stoned
doomedandstoned.com/post/185226868833/soulofanubis

" Their attack is ferocious, aggressive, and primitive. Similar to the roar of a Lion, the sound and force the band create demands attention and respect. Since the release of their debut EP in 2013, the band have perfected their own unique style and have created a wall of sound that could stop a rhino!"
- The Sludgelord
thesludgelord.blogspot.com/2019/09/video-premiere-black-mountain-by-soul.html

"Have you ever got into a fight where the other guy just obliterates you? Me neither, thanks Zeus! Did you ever wonder what would happen to you if a 400-pound angry Gorilla comes at you at full speed? Wonder no more, just press play to this animal of an album by the Portuguese band! this is aggression and sonic assault that does not stop or wonder if you need to rest. This screams in your face and makes no excuses. Perfectly executed this will get the attention of anyone seeking energy and cathartic sounds. Do you get what it takes? Do you??? Come on!!!"
- Blessed Altar Zine
www.blessedaltarzine.com/2019/09/06/the-riffs-must-flow-v/

Bandcamp Daily  your guide to the world of Bandcamp